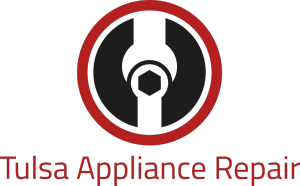 Discover What Tulsa Oklahoma Has To Offer

Tulsa Oklahoma is located along the Arkansas River, Northeast of Oklahoma City. It is also situated along the foothills of the Ozark Mountain range. The City of Tulsa, particularly the downtown area, is full of art deco buildings and interesting sights. There are luxury hotels and buildings of historical interest built at the turn of the 20th century. Many of the older homes from that era belonged to oil tycoons, as the oil industry was booming at the time.

Tulsa is the 2nd largest city in the state of Oklahoma and the 47th largest in the U.S., with a population of roughly 405,000. Tulsa County is the largest, with Osage, Rogers, and Wagoner Counties comprising the rest of the Tulsa metropolitan area and population of over 1,151,000 for the region.

Tulsa OK has been named as one of the most livable large cities and one of the top 50 cities. Plenty of walking space and a vibrant downtown district make Tulsa a desirable place to live. The weather is similar to much of the Midwest, with slightly warmer temperatures and similar rainfall and dry periods. Tulsa has experienced flooding in the past and has developed an extensive plan and flood control system.

Though the city is rich in its history during the oil boom, it is also steeped in Native American history, being a popular destination for Creek, Osage, and other tribes displaced from the Southern and Eastern U.S. Many street names and areas were given native American names.

Tulsa boasts 2 art museums that are well known around the world, for their unique and expansive collections they house. The Philbrook Museum of Art houses works from well known artists. The Gilcrease Museum is known for its art and artifacts from the American West. The Woodie Guthrie Center is dedicated to housing and archiving his musical works. There are plans to build a new center in the future for Bob Dylan, who was greatly influenced by Guthrie. Tulsa is also home to a Jewish Art museum and an air and space museum.

Though Tulsa’s economy has been greatly influenced by the oil industry in the past, more recent contributors include the financial, tech, aerospace, energy, media, telecommunications, and manufacturing industries. Tulsa has a wide range of diverse opportunities for employment.

Tulsa, located in the Bible Belt, is rich with religious history. Though Southern Baptist is a prominent religion, Tulsa is also home to Jewish, Muslim, Catholic, and many more protestant places of worship. There are many large congregations of different religions throughout the city.

The diversity in religion and culture make Tulsa a good place to work, live, and retire. The weather and rich cultural history make it a good place for visitors as well. Tulsa is home to Western Swing music and has influenced many well known musicians. A ballet, opera, symphony, and children’s symphony are all part of Tulsa’s vibrant music scene, as well as many dance halls and local establishments offering live entertainment.